We could not stop talking about this book! In a breathtaking, suspenseful tale with both likeable and unlikeable characters and chilly (literally) atmospheric writing, the author explores the realities of climate change from the perspective of the loss of birds in our...

Getting books from the library is as simple as visiting the online catalog and placing books on hold. We’ll call you to schedule a pickup time! Visiting the library has never been so fast and convenient.

There are no upcoming events.

Check back soon for more events and programs!

Calling all horror fans! You just may love this genre-bending masterpiece. But a word of warning, if you get hooked, the author's other titles will keep you busy for a while! Also available at the library: her award-winning novel "Gods of Jade and Shadow."

We could not stop talking about this book! In a breathtaking, suspenseful tale with both likeable and unlikeable characters and chilly (literally) atmospheric writing, the author explores the realities of climate change from the perspective of the loss of birds in our...

Thanks to the efforts of local women, the Portage Public Library opened in 1927. It was located in one room over the old borough building and Mrs. Nina Hess was the first librarian. Mrs. Kate Mears took over shortly after and retired in 1961. The library was kept in operation during those years through personal contributions of time and money!

In 1961 the Portage Public Library became a member of the Cambria County Library Plan, thereby qualifying for both state and county aid. A charter for the library was obtained, and the Portage Library Association was incorporated. Also at this time Attorney Ferdinand Bionaz became a member and President of the Library Board, serving for forty years.

After 1961, several women served as librarian, including Mrs. Isabel Evans, Mrs. Hilda Dey, Mrs. Winnie Leap, Mrs. Dorothy Hess and Mrs. Jean Hepner. Mrs. Josephine Semanchek took over the responsibilities in the late ’60s and remained as librarian until her death in December 1997.

Under the leadership of Mr. Bionaz, William Kristofco, and Peter Hons, in 1971 the former VFW building on Main Street was purchased and renovated as the new library. In 2000 the card catalog and circulation functions were automated, a new front desk was installed, and new computers were added. 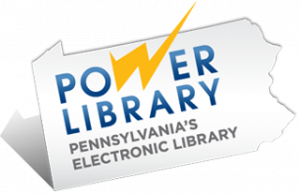